“This is just a ploy by Merriam-Webster® to sell more dictionaries!”

As a Scrabble player, I hear these complaints constantly, especially whenever a new update comes around. Everyone’s a critic when it comes to the dictionary.  The latest major controversy is over the word OK.  Criticisms such as “chat speak” and “What’s next, TV?  OJ?  LOL?” can be heard throughout internet forums and Scrabble circles, and, as a result, many criticize the entire update. 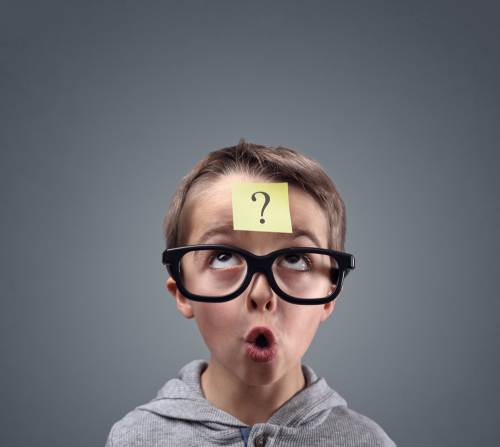 I believe many of these words are overdue. Even OK.  In a world where we have ZA (slang for pizza), GRRRL (a reference to girl in punk music) and ZZZ (the sound of sleep), it’s hard for me to really get upset over a word like OK.

Scrabble words are added as society changes. Scrabble is a bit more selective when it comes to Words with Friends, which is a bit more pop-culture centric (I don’t think Scrabble would ever add COVFEFE for instance), but it still tries to update its dictionary to keep up with the times.  A lot of the new words are already used in every day language: it’s the dictionary that’s trying to catch up.

The Scrabble player in me is excited by how this impacts the game.  Two letter words such as EW and OK will open up new high-scoring opportunities. ZEN is a great way of scoring with the Z, OWIE is a nice way to get rid of some awful tiles, and QAPIK is a good way to get rid of crap and score instead of exchanging.

But more importantly, the new words are indicative of modern culture.  We live in a technological world: words are no longer defined by their lexicographical status.  We use the internet, and chat with our bestie.  We walk by the vape shop.  We watch YouTube videos of twerking, send messages with emojis, and read articles about bitcoin.

In addition, culture is becoming more international, and as a result, I’m happy to see words immigrate into English from all over the world.  For me, nothing speaks to this more than food.  I always add a bit of sriracha sauce to my bibimbap.  I love cheese: whether it’s adding asiago to my pasta, or cotija to my taco.  And now, not only can I enjoy these foods, I can play them on the Scrabble board.

Finally, some of the new words should’ve been valid in Scrabble a long time ago.  Any sports fan knows what an airball is, and any fight fan knows a beatdown. Anyone who’s been to the store has seen a barcode, and most of us know a baldie, a nutjob, or a dopehead.  And for me, words like unfondly have always been part of my everyday vocabulary.

I’m not going to claim every word is perfect. Some, like OK, are a bit borderline.  I don’t know how I feel about words like bloggy, frowny or judgy: I’ve heard people use them before, but I’m not really sure they belong in a dictionary.  Portmanteaus like sheeple seem like a bit of a stretch, as do words like OTHERED (meaning to cast someone as unlike themselves).

And some words are just flat out ridiculous. For example:

BLEWITSES: When you type a word into Google and the first page is exclusively about the Scrabble dictionary, you are not a word..

CAPTCHA: This is an acronym for Completely Automated Public Turing test to tell Computers and Humans Apart.  Not a word.  Turing isn’t even a word, it’s a proper noun!

UNSEE: Some things in life you can’t unsee, like your parents having sex, or a puppy getting run over by a car.  Or this word being added to the dictionary.

YOWZA: Come on, really?  Do we need more interjections?  We already have PHPHT, and SHH, and GADZOOKS, but I really wish we could do away with all of these.  At least we didn’t add COVFEFE, I guess.  (Yes, that actually is valid in Words with Friends.)

That being said, despite these so-called words, this dictionary update is more than welcomed.  I can’t wait to play with most of them, and I hope that you’re looking forward to this as well, and I’m not going to let a few rogue words spoil my fun.  If it were up to me, there’d be more than a few words we’d remove (and add!), but that doesn’t change the fact that Scrabble is my favorite game.

I definitely look forward to playing with the new words, and I hope you will too!  OSPD 6 now includes these words, and tournament Scrabble lists will soon follow.  If you’re interested, the full list of new words can be found here